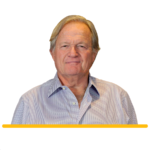 Mr. Staton is our Executive Chairman. He was our Chairman and Chief Executive Officer from 2007 through October 2015. Mr. Staton holds an MBA from the International Institute for Management Development (IMD) in Switzerland and a Bachelor’s degree in economics from Emory University in Atlanta. As McDonald’s joint venture partner, Mr. Staton opened the first McDonald’s restaurant in Argentina in 1986 and later served as President of McDonald’s South Latin American Division. He founded Arcos Dorados in 2007 when he led a consortium of investors in the purchase of McDonald’s operations in Latin America. Mr. Staton is co-founder of Endeavor Argentina, an organization for promoting entrepreneurship. He is a member of the Latin America Advisory Board of Harvard Business School and is also a Board Member of the IMD Foundation in Lausanne, Switzerland. In addition, he serves as Chair of the Advisory Board of the Latin American Program at the Woodrow Wilson International Center for Scholars and is also on the Chairman’s International Advisory Council of the Americas Society/Council of the Americas. 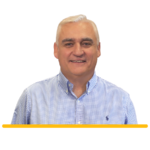 Mr. Rabach, has been our Chief Executive Officer since July 2019. Prior to his appointment, he was the Chief Operating Officer from August 2015 to July 2019, Divisional President for NOLAD from 2013 to August 2015, Vice President of Operations Development since 2012 and Divisional President in Brazil since 2008. He graduated with a degree in Business Administration from Universidad Argentina de la Empresa in 2002. He began his career at McDonald’s Argentina in 1990 and has over 20 years of line operations experience, starting as a crew employee and steadily advancing into larger operational roles. From 1999 until his appointment as McDonald’s Chief Operating Officer in Venezuela in 2005, Mr. Rabach was responsible for the operations, real estate, construction, human resources, local store marketing, and training and franchising of a region within Argentina, holding the positions of Operations Manager and Operations Director. He was the Chief Operating Officer in Venezuela from 2005 until 2008. 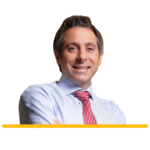 Mr. Raganato, has been our Chief Operating Officer since July 2019. Prior to his appointment as such, he was the Divisional President for the Caribbean, and before that, the General Director of Arcos Dorados in Peru. Mr. Raganato began his career at Arcos Dorados in 1991 as a Trainee in the Nuevocentro Shopping location in the province of Córdoba, Argentina and has held various positions in Operations Management over the years. Mr. Raganato holds a Bachelor’s degree in Business Administration from Instituto Aeronáutico de Argentina, a Master’s degree in Marketing and Business Development from Escuela Superior de Estudios de Marketing de Madrid and an MBA from Universidad de Piura, Peru. 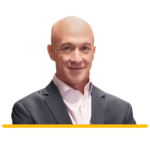 Mr. Tannenbaum, is our Chief Financial Officer. He joined Arcos Dorados in 2008 and has held several positions at the corporate level, with his last position being Senior Director of Corporate Finance. Previously, Mr. Tannenbaum had a long international career in Europe and the United States. He worked for the IFG Group in Switzerland, for Tyco International in Switzerland and Princeton, New Jersey and for Sabre Holdings in London. He began his career working for an economic consulting firm in Argentina as well as for the Argentine government, as part of the Ministry of Treasury and Public Finances. Mr. Tannenbaum has an economics degree from the Universidad de Buenos Aires, a Master’s in finance from the Universidad Torcuato Di Tella and an MBA with a concentration in finance from the London Business School. Mr. Barreira was appointed Divisional President for Brazil in July 2022. Prior to his appointment, Mr. Barreira served as Vice President of Operations for the Brazil Division. He also served as Divisional President for NOLAD, from October 2015 to March 2021. Mr. Barreira began his career at McDonald’s Brazil in 1984, starting as a crew employee and steadily advancing into more senior operational roles in Brazil. Mr. Barreira holds an MBA from Fundação Getulio Vargas in Brazil and also holds a degree in Marketing and Business Planning from Anhembi-Morumbi University in Brazil. Additionally, he received executive training from IAE Business School in Argentina and IPADE Business School in Mexico. Mr. Pascualino, was appointed Divisional President for NOLAD in April 2021. Prior to his promotion, Mr. Pascualino served as Operations Vice President for the Brazil Division, beginning in 2016. He began his career in 1989 as a crew member at the iconic Florida Street restaurant in Buenos Aires, Argentina. In addition to his most recent role in Brazil, Mr. Pascualino held various leadership positions in operations, including Operations Director for Puerto Rico and the Caribbean Division and Corporate Operations Development Director. Mr. Pascualino has a degree in Marketing from Universidad de Morón in Buenos Aires, Argentina, and has also received executive training from the IAE Business School in Argentina and the University of Miami. 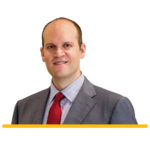 Mr. Staton, is Divisional President for SLAD. He has been a member of our board of directors since April 2018. Prior to his appointment, he was Arcos Dorados’ Managing Director for Colombia, Aruba, Curaçao and Trinidad & Tobago. He joined the Arcos Dorados executive team in 2013 as Senior Manager of Business Development for our NOLAD Division. Prior to serving as Senior Manager of Business Development for our NOLAD Division, he held different operating roles within the organization and also worked as a consultant at the Boston Consulting Group office in Buenos Aires. He completed his undergraduate studies at Princeton University in 2003, and subsequently earned an MBA from Columbia Business School in 2010. He has served on the board of Princeton in Latin America since 2015. Mr. Staton is the son of our Executive Chairman, Woods Staton. 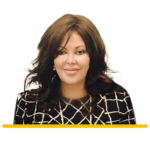 Ms. Fernandez, is Corporate Vice President for Government Relations. Prior to joining Arcos Dorados in 2009, she served as an elected Member of the House of Representatives in Bolivia where she held various leadership positions, including Ambassador of Bolivia to the United States of America, Ambassador to the Organization of American States, Ambassador to the Government of Italy and Representative of Bolivia to different specialized agencies of the United Nations. She was also Bureau Chief and Main Political Correspondent for CNN Spanish in Washington, D.C. Ms. Fernandez holds a Master of Science in Broadcast Journalism from Boston University, graduated Summa Cum Laude from the Universidad Argentina John. F. Kennedy and has completed courses in Finance for Executives, Strategic Communications, Conflict Resolution and Negotiations in Conflict at Harvard University. 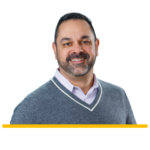 Mr. Schleiniger, is our Vice President of Investor Relations. He joined Arcos Dorados in 2014 and, after leaving us for fifteen months to serve as Vice President of Investor Relations for BrightView Holdings, Inc., Mr. Schleiniger rejoined the Company in January 2020. Prior to joining Arcos Dorados, he worked at the Cisneros Group from 2000 to 2014, holding positions in investor relations, finance and treasury. Mr. Schleiniger’s experience also includes equity research at Morgan Stanley corporate banking with Unibanco and consulting work for Wharton Econometric Forecasting Associates (WEFA). He holds a Bachelor of Science degree in chemistry as well as an MBA with a concentration in finance, both from the University of Delaware. 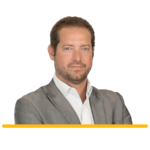 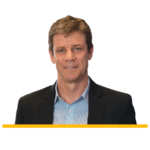 Mr. Benenzon, is our Vice President for Human Resources. He joined the Company in June 2009. He has extensive experience as an executive of high responsibility in multinational companies. He has also served as a senior consultant to various large companies and NGOs and has teaching experience. Mr. Benenzon graduated with a degree in psychology from Universidad John F. Kennedy and holds postgraduate degrees on strategic consultancy and organizational behaviors. He also graduated from the Management Development Program at IAE Business School. Mrs. Montiel is our Vice President of Supply Chain, having been appointed to the position in July 2021. She joined Arcos Dorados in 1996 as an administrative assistant while she completed her university studies. Since then, she began a path of constant growth within the Company, beginning with various positions within the finance department. In 2014, Mrs. Montiel took on a new role when she became Managing Director for the Uruguay market and, four years later, she became Finance Director for the Brazil Division. She has been recognized for her achievements and commitment to Arcos Dorados as a President’s Award recipient in 2012 and, also by McDonald’s Corporation’s Global Women’s Leadership Network in 2018. Mrs. Montiel holds a degree in accounting from the Universidad de la República de Uruguay and a Senior MBA from the IEEM of the Universidad de Montevideo. Mrs. Gonzalez Victorica is our Chief Technology Officer, having been appointed to this position in October 2021. She joined the Company’s Finance Department in Argentina in September 1999 and, after the formation of Arcos Dorados, she was involved in implementing and/or leading information technology projects in Mexico and Puerto Rico as well as establishing and then leading the Company’s Shared Services Center. In January 2011, she assumed the position of Business Services Director, responsible for Technology, Projects and the Shared Services Center. Mrs. Gonzalez Victorica was later appointed to lead the Company’s Experience of the Future (EOTF) restaurant modernization initiative, with the first EOTF restaurant opening at the end of 2016. Beginning in 2019, she became responsible for the Digital Factory “ADvance,” which was created to accelerate the Company’s digital transformation. Mrs. Gonzalez Victorica holds a Bachelor’s Degree in Accounting from the Universidad Católica Argentina. 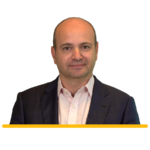 Mr. Blanco, is our Chief Marketing and Digital Officer. He joined the company in 2019 and is responsible for designing and implementing the marketing and digital strategy. Prior to joining Arcos Dorados, he served as Chief Marketing, Digital & Communications Officer at ALSEA from 2017 to 2019. Mr. Blanco holds a Bachelor’s degree in Marketing from the Instituto Tecnológico de Monterrey and an MBA from University of Texas at Austin. 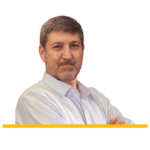 Mr. Magnasco, is our Vice President of Development and served, prior to his appointment as such in 2007, in the same capacity in SLAD. He graduated in 1990 with a degree in Engineering from Instituto Tecnológico Buenos Aires and completed a post graduate Management Development Program in Business from I.A.E. Management and Business School in 2001. He began his career at McDonald’s in 1994 and held the positions of Real Estate & Equipment Director of Argentina and IT, Real Estate and Equipment Director of Argentina until his appointment as Vice President of Development of SLAD in 2005.

Mr. Serber, started his career in 1990 as a crew member in one of our restaurants in Buenos Aires, Argentina. He rose through the operation’s ranks until 2002, where he moved to McDonald’s global headquarters in Chicago to work as an operations manager, among other roles. He continued his tenure in Europe based in Paris where he was responsible for leading the deployment of several operational programs in Spain, Italy, Belgium, Holland, Portugal, Switzerland, Morocco and Greece. In 2008, he returned to Argentina in the role of Corporate Director of Operations Development. In 2013, he was transferred to Puerto Rico, where he was promoted to Managing Director for the Caribbean Region. In 2017, he returned to Argentina as Managing Director for that market. Finally, in 2019, he assumed the leadership of our Social Impact and Sustainable Development team, where he oversees all ESG matters for Arcos Dorados. Mr. Serber is a business graduate from Universidad Nacional de General San Martin in Buenos Aires, Argentina and has completed post graduate studies at the IAE Business School.